As a little girl, I always dreamed of being a mom. I would one day grow up, get married, and have kids, preferably a boy, and then a girl. As a kid, or even a teenager, you never expect to have a blended family in your future. At least I didn’t.

But then I began dating my husband. I was 23, and he was 31, newly divorced and had two young boys. My friends would give me unsolicited advice about having an “instant family.” Even some of my family members weren’t supportive of it in the beginning. What if we broke up, and I had to leave his kids? Don’t even get me started on how hard they said it would be with an ex-wife in the picture.

And guess what? It was hard in the beginning. But nothing like others told me it would be. The hardest part for me was when he would go to his ex-wife’s house. It was especially hard the first year when they spent Christmas morning together with their kids while I stayed at my parents. There were times where my jealousy, mixed with insecurities, made it hard, but that is expected when there are so many emotions involved in a particular situation.

And I am sure it wasn’t easy for her to sit back and let another woman spend time with her kids three days a week.

I don’t remember the first time we had a conversation, but I know over time our relationship with one another got stronger and stronger. It turned into a type of friendship, with our biggest thing in common being the love we have for her sons, my step-sons, (sharing a liking for Luke Bryan in his perfectly-fitted jeans is a close second). Are we BFFs? No. But we set aside any differences because we have one common goal: raising two boys to become loving, smart, and well-functioning adults. I think we, along with my husband and her husband, are doing a pretty dang good job at that, too.

We have become a family, joined together by the boys.

Here are 10 things that we do to help our blended family operate as one:

Communication is one of the most important things we do to ensure that things run smoothly for the boys. With hectic schedules, things can end up forgotten. We have a group text between the four of us and make sure to text one another important information. We also talk on the phone often. There have been times where I have had to refer back to the group text to see if there were any specific dates that we need the boys, etc. It is extremely helpful having it “written” down!

2. Sit with one another at events

When the boys have a school event or a game, we often sit with one another. Not every time but more-so than not, one can find us in the bleachers or at conferences together. It makes it easier for the boys to not have to go between two sides of the gym in order to talk to their parents during breaks in baseball or wrestling. It also gives us a chance to catch up with one another regarding the boys (as well as personal things).

3. Don’t talk badly about one another

The last thing that kids want to hear is their parent talking badly about their other parent. No matter who is wrong and who is right in a situation or argument, they love their mom and dad the same and should never have to hear the other parent say bad things. Just don’t.

4. Rotate holidays and spend some together

If they wake up at one house, then they spend the afternoon and night at the other. We rotate every year. Halloweens were spent at their aunt’s house when they were younger (their mom’s sister’s), so my husband and I were invited there each year, so we didn’t have to miss them trick-or-treating. The picture below was taken Halloween 2015 during candy sorting. 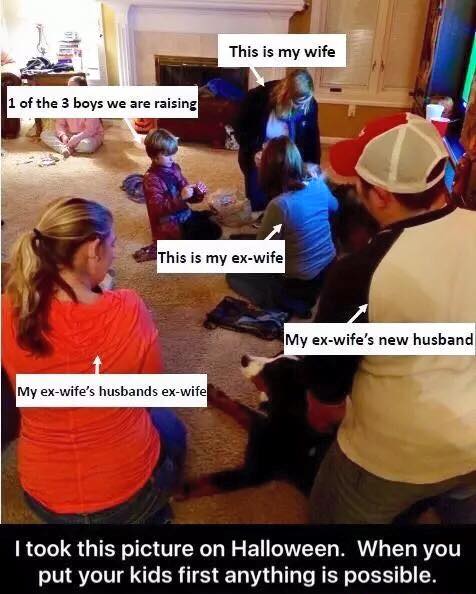 5. Hold a consistent schedule with flexibility

We have the boys on a consistent schedule. We have a 60/40 agreement, but if we need the boys an extra day for something, or if they need them an extra day, we are flexible. Just because it is “our day” doesn’t mean we will keep the boys from doing something fun with their mom and step-dad and vice-versa.

Just because mom and dad aren’t “together,” it doesn’t mean they don’t have to work together when there are kids involved. Working together to find solutions helps not only the kids but also the adults. Who wants things to be harder than they need to be?

7. Treat one another well

This goes along with not talking badly about one another but goes beyond just words. Show your kids that their other parent is important. We buy each other small gifts for Christmas and always let the boys pick out flowers for their mom on Mother’s Day, and they do the same for us. She even buys my children Christmas and birthday gifts, and we do the same for her stepson.

This isn’t always possible due to work schedules, but we try to attend important appointments regarding the kids together. If the other parent is not able to be there, we update one another ASAP.

We know that all four of us have the kids’ best-interest in mind.

We make sure the boys know that they have two sets of parents who love them. They know that just because they come from a blended family, it doesn’t mean that it is broken. They are proud of the relationship that their parents have with one another and think it is awesome that we get along. We create a positive environment.

These are just some things that we do to help create a positive, happy atmosphere for our blended family. I know that every situation is different, and it takes cooperation, sacrifice, and patience on both sides to have this work effectively. However, I hope that if you are reading this and have a blended family of your own that you can take something positive from it and put it to practice! 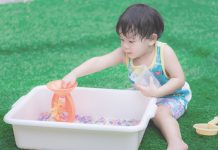 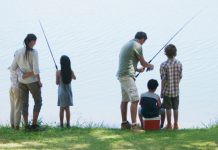 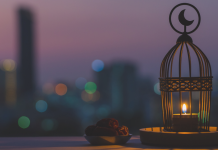