I grew up in the Metro Detroit area, and my little family has just recently found its way back to this side of the state. After graduating high school I went to MSU (Go Green!), graduated with a degree in History, and obtained my teaching license. I met my husband, Ben, during my last year of college, and we decided to stay in the Lansing area. We got married in August 2013, and the past five years have been a whirlwind! While in Lansing, I completed my Masters Degree, and taught for six years, while Ben was a Director of Coaching for a youth soccer club. We bought our first home together there, traveled around the world, and then in August 2016 welcomed our first baby into the world. 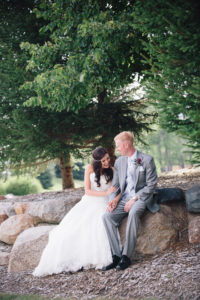 We loved Lansing but after having a baby I felt like it was time to come back home. Ben is from England, and all of my family is in Metro Detroit, so we knew we were going to need more help to raise our little man than what we had in Lansing. We decided to move back to the East side and Ben accepted a position as a Boys Technical Director for a local soccer club, while I accepted a position at a Montessori school in Madison Heights.

Shortly after we made the decision to move back we were pleasantly surprised with the news that baby Jones number two was on the way! Our decision to move home became an even better one. This means we are currently raising two babes under two, and we are exhausted, but have never felt more love.

Walter was born in August 2016, and is our little blue eyed, blonde haired babe. He looks  just like his Dad and truly has a mind of his own. He NEVER stops moving, and we wish, maybe, just once in a while, that he would sit down for a half hour and watch a cartoon, but no such luck. His favorite food is avocado, and we’re pretty sure he’s really sixteen years old trapped in a one year olds body! 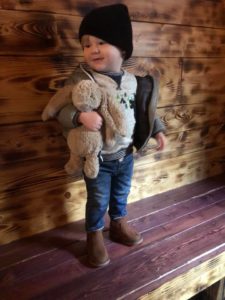 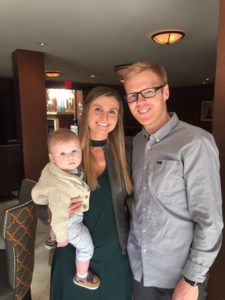 Our second son, Arlo was born in January 2018, and is now three months old. I got a little redemption since he has a few more of my genes than his Dad! We are just figuring out his personality but he already loves his Mama. He’s got the sweetest little smiles and he definitely has completed our family. 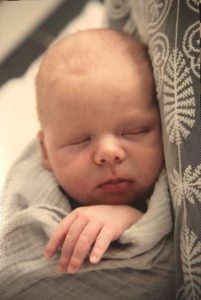 As a family we LOVE getting out in Metro Detroit, and all around Michigan. We know it is a little stressful getting out with two under two but we also know we have to do it. Our favorite place to visit is the Detroit Zoo because that’s just the stage we’re at right now! We also love finding new local places to eat, good craft beer, and getting outdoors with our black lab/great dane mix, Boomer. Our favorite Michigan vacation spot is Traverse City, we would go over and over again, any day, any time!

After Arlo was born our dynamics changed a little bit, life got a little busier, and the nights got a little longer. I couldn’t imagine going back to work, and leaving the boys for eleven hours a day. Part of me realized that the time really does go so fast, my first babe is already almost two, and I’m not quite sure how! After a ton of deliberation, I decided not to return to my teaching position, in order to stay home with my boys, which has led me to new opportunities with DMB and The Barre Code, and led me to some AMAZING groups of women! I am so thankful that I can be home with my boys but also that I was given the opportunity to do what I really love 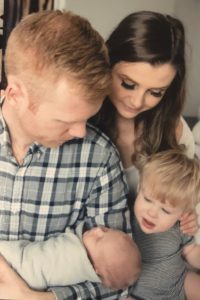 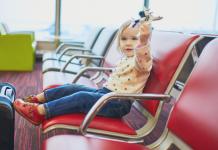 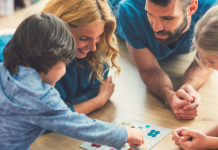 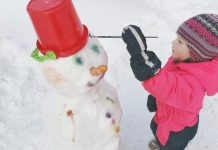