Detroit Moms Blog welcomes our community’s input on this difficult topic and is pleased to offer this guest post from Micki Rubinstein:

In May of 2003, I received a call informing me she was born. She is Lucy, my silky terrier. Two months later, I drove to the middle of the cornfields– literally two driveways past a church– to bring Lucy home.

Lucy has been in charge since the beginning. Terriers are feisty creatures, and my dog is no exception. She has captured the heart of most everyone she has met. Even my father, who tolerates dogs at best, absolutely loves this dog.

Sixteen years later, the amount of life that has occurred with Lucy and I together is plentiful. It started with me and Lucy, and then my husband, and then our daughter. We are now a family of four. When we have “family hugs,” one parent holds the daughter while the other holds the dog, and then and only then, we have a family squeeze.

We have joked that Lucy, while a dog, was most like her feline friends in that she has nine lives. Once we left her for a long weekend, and upon our return, we found her in need of ACL surgery. Lucy apparently forgot to read the memo that while she loved to jump and fly to the next landing spot, she was not actually as agile as a cat. This was the most severe of her bumps and bruises she has endured.

Two months ago, we were eating dinner in our kitchen at home, and Lucy threw up. It wasn’t “normal vomit” (as if there is such a thing). Straight away, my parents rushed over to stay with our daughter while my husband and I drove Lucy to the vet. That night, we learned Lucy’s nine lives were running out.

Since that visit, I have had multiple conversations with the triage of vets who have seen Lucy. Each vet has been so kind and generous, not only with their time but also their empathetic words. I have been told “You will know when it is time,”  “A day too early is better than a day too late,” “You are doing everything right by your dog,” and “You are not a ‘bad’ parent.” The guilt is astronomical.

This post is not intended to become the breeding grounds for a debate on when is the right time to stop fighting for your ailing animal’s life. It is a personal choice, and one should never be judged in determining the “right” time for your pet’s euthanasia. This post, instead, is about what came next. Our daughter is six years old, and she was not blind to the changes in Lucy nor our reactions to what was happening. 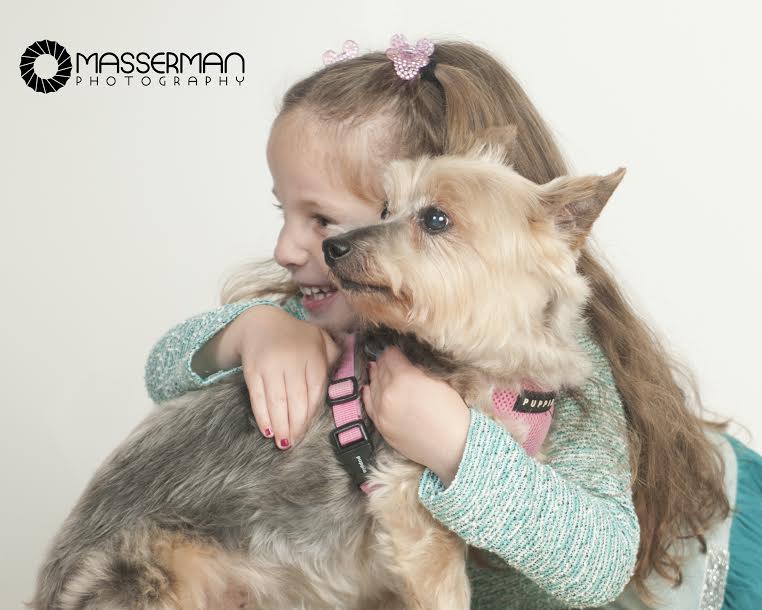 A very good friend brought us a book from her local vet’s office, which gently and appropriately told the story of a girl and her dog– and the dog’s euthanasia. We read the book with tears brimming in our eyes, and made comparisons of the dog in the book to our Lucy. My husband and I found the need to further explain to our daughter how she was the girl in the book, and Lucy was the dog. We needed to say the words that would help our daughter grasp the magnitude– and totality– of what was happening and what would happen.

We told her that while Lucy had been sick before, she always got better. We told our daughter that Lucy was old and that in human years, she was over 100!  I choked on my sobs, and with tears streaming down my face, I said the words to my daughter that broke my heart and hers: “Lucy is old. Her body is getting tired. She is going to die.”  The magnitude of my daughter’s response still affects me to this day. In that moment, her tiny mind fully understood that her dog would go to heaven and be with her great grandfather. She would only be able to pull on the invisible string connecting her and Lucy, not be able to pet her and hug her.

In that moment, she knew Lucy wouldn’t be with her anymore on Earth but live only in her heart, memories, and through us talking about Lucy. In this moment of sheer pain and sorrow coming from our daughter, Lucy came over to the three humans on the sofa, her humans, and gave us all kisses. And we had a family squeeze.