Many families have traditions. They’re the glue that holds us together. The smiles when we’re apart. The memories after we’re gone. Generally speaking, the older the tradition, the better it is. And by any account, four decades is a long time to maintain a family tradition.

In some families, it’s celebrating wedding anniversaries. In others, it’s visiting that same beach house year after year. In my family, it’s football. Michigan football. 44 years of it in the same seats in the Big House this fall.

I love Michigan football. I mean, I really love it. Everything about it. The sights, the smells, the sounds. Everyone else in my family loves it too. I know, it sounds like I’m exaggerating. But a brief history would suggest otherwise.

You see, my parents met at the University of Michigan during their freshman year in 1972. A love affair began between my parents, and also with the Wolverines. I followed suit, as did my husband. So did my sister and my brother-in-law. My husband’s grandparents had attended too. My family truly bleeds blue.

A COMMUNITY BUILT ON FOOTBALL

My parents acquired our season tickets in 1976 upon their graduation from college. And a football community was born.

My parents connected with those sitting around them. They became friends, built relationships. As the years passed, the community grew. Despite opportunities to change, upgrade, or otherwise leave those seats over the years, it simply hasn’t happened.

I started attending games when I was a young girl, more excited to tailgate and throw the football around on the golf course than I was to sit in the stadium. As I grew up though, I sat next to my Dad in the Big House. He talks throughout the game. I listened and learned the rules from him.

When I started as a freshman at Michigan, and throughout my college career, I regularly dropped in on my parents’ Saturday tailgate before heading to the student section to watch the game. I always brought along an unknown number of friends, and my Mom was always prepared. My younger sister did the same. To this day, our family, friends, and even mere acquaintances know that the Heidrich tailgate is open to all on game day.

These days, it’s my own daughter and son who have wholeheartedly joined our family’s football tradition.

Having recently started 7th and 3rd grade, respectively, my children are busy with many activities. However, as the summer sun sets and thoughts turn to fall, they want nothing more than to spend Saturday afternoons in Ann Arbor.

My daughter throws the football with her brother and two childhood friends, while my husband and I tailgate with our close friends and family.

My son watches the game intently, and at nine years old, calls plays that I completely missed. It’s incredible to watch how much the improvements in technology, equipment, and coaching technique have positively impacted the game as years go by.

My son runs down the aisle high-fiving everyone (including strangers!) when Michigan scores a touchdown. He also stubbornly refuses to leave before the end of the game, even when we are winning (or, yes, even losing) by a long shot.

The kids talk with our “neighbor” seatmates, the ones that have been around for 44 years. They ask questions about the game. They learn how to hold respectful, sportsmanlike conversations. They spend quality time with family and friends.

Yes, football is definitely my kind of family tradition. Hail!

The National Football Foundation (NFF) launched Football Matters to celebrate the positive impact the game has made on millions of players, coaches, administrators, volunteers, and fans nationwide. It spotlights and explains the many benefits that football brings to communities, schools, families, and individuals and the opportunities it provides to those on and off the field and at every level. Follow them on Facebook and Instagram. 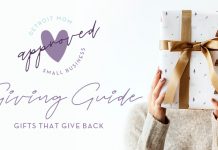 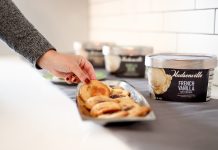 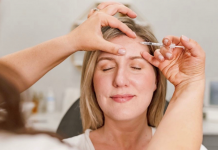 Secrets to Looking Young: A Guide to Anti-Aging Treatments from ATD MedSpa