“I’m the realest, fake housewife.” If you are a fan of anything on Bravo, like me, (the obsession is real), you may recognize that tagline. It is from Amy Phillips, a comedian known for her spot-on impressions of the real “Real Housewives.” Now, not stir the pot, RHOBH style- but I would totally steal that tagline.

We can stream our lives to our fans via Instastories and Snapchat. Sharing the highlight reel from our days. When you are only showing and sharing the highlights, your viewers only see the perfect. (Why not throw in a piece form the blooper reel every once in a while?) How many times in recent Housewives history did one of the ladies appear to have it all together in front of the camera, only to have everything falling apart behind the scenes? (I’m looking at you, Shannon Bedor.)

Why fake it? Sometimes, the “fake it, ‘til you make it” advice just doesn’t apply! I’m not fake, but I’m also not perfect and don’t claim to be! You get realness from me. Face to face or over social media. Why fake it? Do we really need to fake it ‘til we make it as parents?

Let’s check ourselves.
Fakeness check one- I am not a housewife…or even a wife. I am the most single mom there is. Could you be a Real Housewife without being a wife? I mean, it works for Bethenny Frankel…so let’s roll with it. No post about my adoring “hubby” from me. An occasional post about being exhausted and making fun how long I have been single- yes.

Fakeness check two- The “everything’s perfect, everything’s fine,” posts. No one’s kids are perfect, they just aren’t. There’s a fine line between sharing and making it seem like your life is something it isn’t. Most people can see right through it. The other half of the population start to question if how they are going to continue keeping up with the virtual Joneses. If you saw my Facebook, you’d see the good and a mix of the not so good. Is it all Debbie Downer posts? Nope- you most likely see a meme about my crazy mornings, usually consisting of me asking my 9-year-old to leave the house on time when he decided that 6:50 AM was the perfect time to rebuild what it is he does in Minecraft. (FYI, 6:50 AM is not the right time to do that. Ever.)

Fakeness check three- The staged Instagram posts. Starting this little blogging adventure has really opened my eyes to the world of the staged photo. I feel like everywhere I look I see it now. There really is a time and context for them. How to do you keep it real when you spent an hour fussing with lighting and props? Some of us have to include the “perfect picture” a specific reason, but whatever happened to the candid photo? Include some Instastories of your blooper reel! The kids decided to make a huge mess playing the flour? Or the dog rolled around in the mud and left a loving trail through the house? Share the funny, this is what your kids will remember. Not the staged photo of nine lemons in a bowl.

Fakeness check four- The Pinterest post. Okay, so this ties into Facebook and Instagram, and let me tell you I love Pinterest. Those memes I referenced earlier- Pinterest finds. In all its glory, Pinterest has turned momming into a competitive sport and not the fun kind our kids play. There’s no shame ordering your kids birthday treats from Amazon Prime two days before instead of spending HOURS crafting something. For most of us, the crafting turns into a stressful mess!

So, unless Andy Cohen decides to start a new franchise based in the D- there’s no need to display our social media selves as perfect. Motherhood has enough challenges without adding to the social media competition. Let’s call a truce or at least share the blooper reel a little more often? 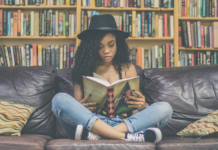 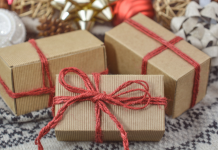 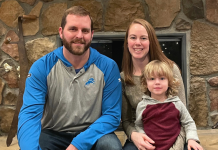