My head is spinning. Being a parent seriously means making some of the toughest decisions of your life, but also your children’s lives, which makes it even harder.

Our oldest is a little over 2.5 now. Just the other day I was talking with a good friend of mine about her daughter being in nursery school. My friend works from home and has a nanny that watches over her daughter at her house. She enrolled her daughter in nursery school because it would be a great way for her to socialize with other kids. I totally understand and support that. Both of my kids have been in an in-home daycare starting around 6 months old. They get plenty of socialization daily and I don’t think they need nursery school.

This is where my dilemma starts:

My friend then tells me that the teachers are also focusing on pinpointing areas where the child needs more work, for example colors, recognizing letters, spelling, speech etc. With that knowledge the teachers will focus specifically on those areas in preschool so that the child will be ready for kindergarten.

In my mind, and you might think the same thing, it doesn’t sound like a bad deal. It’s better to find out “problem areas” earlier and fix them before its too late, right? Well, I wonder, do we test our children too much too soon? Do they  just need a few more weeks and they will do it on their own? At 3 years old, how much should they really know before someone says “That’s it, your child is 3 and he will never learn the colors!”? Is it just me or are our kids constantly being tested and compared to others? At every single wellness check at the doctors (starting at 3 months old I believe) you fill out a questionnaire about what your child can/can’t do. And if they can’t throw or roll the ball at 12 months old, the doctor might want to monitor that “issue”.

When I was pregnant with our first, it seemed like the entire world was pregnant at the same time. We had 6 or 7  friends that all had babies within 2 months from each other (crazy time). But that’s where the constant comparison all began “How big is your baby? Does he sleep through the night yet? Can he sit yet, or walk? How much does he talk? He still wears diapers? Mine can do/Mine is…. (fill in the blanks).” We have all heard those comments and have all been guilty of making them too.

Receiving those comments would scare me at times. Why can’t my son speak as good as others? Why is he still in diapers? Am I a terrible mom for letting him sleep with us when he wants to? Am I making bad decisions for him?

I have learned in the last 3 years to chill out about these things and I learned that EVERY child is unique. There is even a big difference between my own two boys and they have the same parents. But now I am entering into a whole new part of my kids lives: Schooling (did you hear that loud scream? that was me).

Now it really gets serious because our decisions as parents will make a huge difference in their lives. But at 3 years old, do we really need to already test them at what they are good at and what they need improvement on? I know it will be done in a playful way, but the fact that someone might label my child as not developed enough in a certain area scares me and it scares me to know that once they enter the school system their whole lives will be full of constant learning, comparing, doubting and the constant urge to achieve the next better thing a.k.a. Keeping Up with the Jones. (Be honest, you are guilty of it too.)

I want my son to be a child for as long as possible…just naive to the fact that his peers might speak more than he does, that other kids might know the colors better than he does, that others might already spell their names. I don’t want him to learn what it feels like to know that someone might be better at something than he is. Right now, he sees everyone as equals and doesn’t judge. He loves all of his friends the same and I want it to stay like that for hopefully a long time.

Since he has great friends at daycare and also outside of it, and we are not concerned about his development, we will probably skip nursery school and wait for preschool to come around. His dad and I never went to nursery school (I didn’t even have preschool) and I think we both turned out fine. 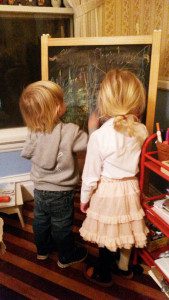 Here are some of the things we asked ourselves when we made the decision:

– does our child get enough socialization with other kids?

– do we expect our child to need some extra help in some areas?

– are we worried that we are not providing enough development to our child?

– are we able to accommodate dropping off and picking up our child in the middle of the day (Because most nursery and preschools are only a few hours long)?

– are WE ready for him to go to his first school? 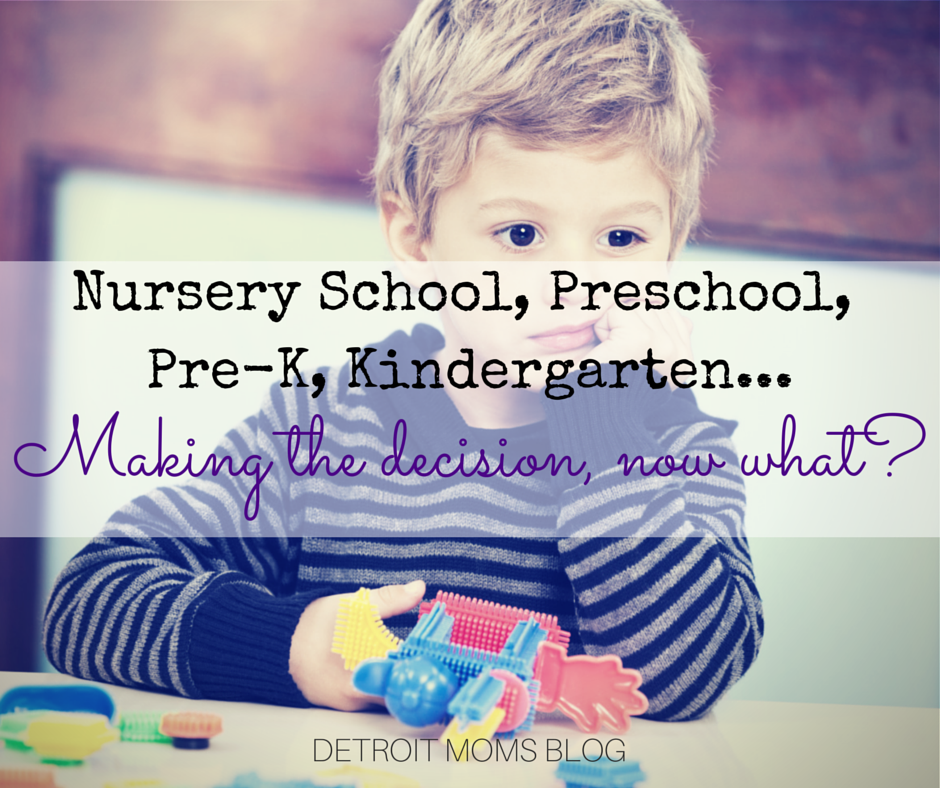 This is really a decision everyone has to make for their own circumstances and I know for a lot of people it is a great choice to go to nursery school, but I still wonder if some things are being taken too far too soon. What do you guys think?