I can remember those feelings of panic as I walked through security of the airport only to realize that I forgot my birth control. At home. In the fridge. And there was no turning back!

I sat in that teeny tiny seat trying to imagine what my wedding night would be like without well…sex. Come on, I’ve been on birth control for 13 years, could I really get pregnant? I’m here to tell you, everything you’ve heard about that is a flat out lie!!!

You CAN and you WILL get pregnant!

The myths you hear about not getting pregnant because you’ve been on birth control for a million years is the biggest load of bolagna you’ll ever hear. But ladies, I was the one that believed it wouldn’t happen to me. That was probably my issue 12 years prior when I thought it was a good idea to have sex with my high school sweetheart because everyone else was doing it. Stupid girl. Yup, I was that girl who had sex once and ended up pregnant. Seriously, one time!

The minute I jumped off that plane I got on my phone and called my trusty OB/GYN just for some reassurance. Who cares about roaming charges from another country, I had an e-mer-gen-cy! I bet the women in the office thought I was absolutely insane for my serious state of panic. But in all seriousness I was terrified! My daughter was 12 and I couldn’t fathom the thought of having a baby just {yet}.

I wanted to enjoy being married to my husband before expanding our family. I know we already had a child but do you realize the freedom a child that can feed itself and wipe its own bottom gives you? And lets not forget the whole sleeping in thing. I was that newly wed that would never know what it felt like to just be my husband and I. I wouldn’t know what it felt like to drop everything for weekend getaways, walking around naked because their aren’t any little people in the house, or last minute impromptu date nights. I had and have always had a child.

For me, the feeling of forgetting my birth control was more of a selfish thing. I wasn’t sure if I was ready to let my family of three become that family of four. As I sat in that airport, looking at my soon-to-be husband and minutes from stepping into absolute paradise I suddenly realized that I couldn’t control every situation in my life.

Let me take you back six months prior to my husband and I getting married. I decided to cut him off.  Yup, I was going to be a born again virgin (at least it was a great thought).  Because I had my daughter at 16 I swore I was going to do it “right” the next time. I was going to get married and then have the baby. I guess doing it right the next time should have entailed cutting out the whole sex until marriage thing. To the women that do that, I give you an insane amount of credit for your self control. Way to go ladies who abstain from sex before marriage! Considering I obviously wasn’t one of them, I decided to try it out before I got married. Oh my poor, poor fiancé! The look on his face when I told him there would be no hanky panky before our wedding night was priceless. It was apparent he thought I must have lost my mind!

As the end of six long (for him) months neared he was rearing to go and I was sitting there worried about my birth control. How could I tell him we couldn’t have sex on our wedding night, seriously! At that point I probably should have just purchased a ticket, got back on the plane and gone home. But then I heard that reassuring voice of my doctor say  “Oh, you’ve been on birth control for so many years, you’ll be fine, just put your ring back in as soon as you get home.”

Well I’m here to tell you, my wedding night came and went. I listened to what the DOC said and put the ring in as soon as I got home. Within a couple weeks of our wedding night I woke up in the middle of the night and I knew. I knew I was pregnant! I took the first test and it was negative. And I only took it because we were heading to New Orleans. Although the test was negative I knew in my heart I was pregnant. As women, we have a great sense of our bodies and I knew that something wasn’t right with mine. Upon returning, what I already knew would soon be confirmed.

This isn’t a post to brag about getting pregnant the first time I had sex or the fact I got pregnant on my wedding night. It’s simply to share with you that as women we are so quick to believe everything we hear without doing our own research.

Here is what that whole experience taught me:

Whether you are trying to conceive or prevent it, I hope you found some humor in the above post. I know that I am completely blessed with my daughters and I wouldn’t change a thing. I love them to pieces! And I love everything about motherhood. Even if I feel like I can go absolutely insane at times! 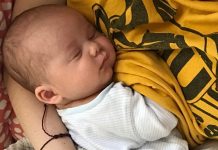 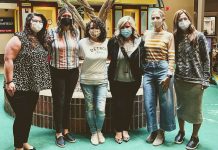