Every time I hear someone tell me “your boys are so lucky that you guys adopted them,” a strange and uncomfortable feeling comes over me. For a long time, I couldn’t describe exactly why. When I would respond with a simple “thank you,” even that phrase felt weird. It was like I was admitting that these boys were indeed lucky. Deep down, though I never believed that to be true.

I was 20 weeks pregnant with my first born when I received a phone call asking if we could take a foster placement (sibling group). My husband and I had 45 minutes to make a decision. We reluctantly said yes. Agreeing to take on two siblings who had no doubt experienced trauma in one form or another in their young lives, wasn’t something we were prepared for. We did the trainings and online classes. The experts told us the possible scenarios we could expect. A home study was conducted and someone thought we were at least a decent fit to help raise someone else’s child(ren) for what would most likely be a temporary time. So what could go wrong?

Temporary. Right. We can do this. It’s no problem. We have done hard things before. Like, really hard. Caring for our elderly grandparent’s while newlyweds in our twenties, caring for a sick and dying parent, pregnancy loss, job loss and negative bank accounts just to name a few. It’s no big deal, we got this!

It was an October night in 2012 when our two oldest sons came walking through our door at 10:30pm. In front of us stood two tired and scared little boys. Only 7 and 8 years old, but wise beyond their years. I would be lying if I said it was instantly love at first meeting. My husband and I were also scared and wondered if we were doing the right thing. And I think this is part of the reason why I get uncomfortable with being told that they are the lucky ones. Over several days, weeks, months and eventually years, we have learned so much about ourselves and the world around us.

Where in all of this did they somehow become lucky? Being torn from a life you knew from day one. Remembering events in a previous life that no one would ever wish upon another person. Waking up every day and being fearful that you would be taken away. Going to another new school where you were only one of a handful of kids who looked like you. Being told that you should stop talking to that group of girls because they don’t like the color of your skin. Having a “friend” tell you that he doesn’t trust you because of the color of your skin. Whoa! That’s not ok and we as a society should not ignore these things. My eyes are opening wider.  Thank you, boys.

Are we still talking about them being lucky? Just checking.

There were many ideologies that needed to be undone and it wasn’t my kids who needed to do the work. It was me. I don’t know about you, but when I’m given the gift of epiphany, I feel like the big winner. These kids are forgiving, fighters and strong beyond measure. They love without caveats and seemingly ignore my imperfections. They’ve unknowingly encouraged me to delve deeper into the world of mental illness. Their birth mother is sick despite the fact that she raised my kids for the first 8 years of their lives. Our parenting philosophies don’t match, but she made some pretty heartbreaking choices so that the chance of her boys succeeding in life would be a tad bit greater. I’m not mad at her. I pray for her and so do my sons. We wish her the best and I’m so grateful for her sacrifice. Wide eyes over here. Thank you, boys.

Supporting causes that speak up and speak out for minorities has become a passion for me. This mama cannot stand in silence just because I’m afraid of offending my more conservative counterparts. While some ideas aren’t popular, I’m totally ok with that. The older I get, the wiser I’m becoming. It’s not about the number of friends you have but the quality of the friendship. Intentional relationships are where it’s at. Because when you’re consumed with trying to raise men, there isn’t much room for other things in your life. More life lessons. Crazy wide eyes. Thank you, boys.

I know the “luck professors” don’t mean an ounce of harm. In fact, I’m sure they’re intentions are nothing but well meaning; but I encourage you to stop saying that to adoptive parents. We are the lucky ones that someone, in one way or another, chose us to raise the precious children in our care. 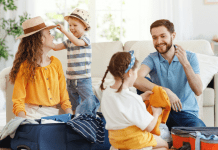 How to Pack for Travel with Kids 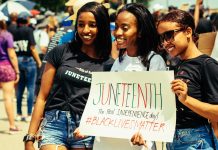 What Juneteenth Means and How to Celebrate in Detroit 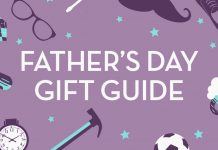