My almost 5-year-old told me that for his birthday this year, he wants to have a Pokémon-themed party at Chuck E. Cheese. He went on to explain in great detail how each friend he invited would have to gift him a Pokémon. I sat in bewilderment. This child has never had a friend birthday party, so where is this coming from? And the worst part? He is not getting a birthday party this year with friends, and now he has made that a tough decision for me. I won’t even touch on the feelings I had when he mentioned telling his friends what they would give him as a gift.

Do I have to remind him I’m a single mom with limited income and in no way can I afford this type of birthday party? Now, I have to deliver the heart-wrenching news to him that not only is he not going to Chuck E. Cheese, but he’s also not having a party with friends.

I’m officially the worst mom EVER.

I’m not here to discriminate against parents who throw huge parties for their children, laded with gift bags for all of the kids and held in a venue with costs comparable to a mortgage payment. To be honest with you, I wish I could splurge for a party just like that. More power to those parents! However, this mama just can’t fork up that kind of money, so I have decided to create experiences for my children until they are 10 years old. We will go to the movies, hang out at a water park, participate in a scavenger hunt, and whatever else I can think of that will be unique for them and not break my bank. There is a chance I will allow them to invite a few friends over for cake and ice cream, but that will be as far as I will go.

When they turn 10, I will throw them a huge party, a venue of their choice, with all of their friends and family. At this age, they will be able to really appreciate the gesture of gifts from friends and the experience of a large party, just for them. Please don’t mistake this for me saying they don’t understand it at five years old, or that I am putting down anyone who does this earlier. I am merely stating that with a fixed budget, I want to make sure I’m creating renewed excitement for my children and giving them something to look forward to. Disclaimer: I stole this idea from my brilliant cousin who is always thinking out of the box when it comes to creative ways to celebrate our children.

At some point, I will have to face the argument from my children as to why they can’t have a party with friends. I’d love to know: Where do you stand with parties for your little ones? 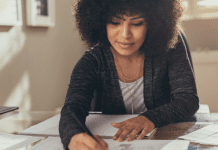 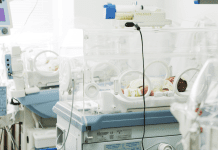