It was the first or second week of four-year-old preschool. Mason had just turned four the week before school started. The teacher pulled me into a room to talk to me privately. To summarize, she said that my son was talking too much, moving too much, just everything he was doing was too much. This resulted in him being separated from the group which made him cry and disrupt the class even more. The teacher who I greatly respected suggested he needed medication. Mind you, he had been four for a whole one to two weeks. When I approached the subject with his doctor, he kind of laughed and said: “He is a four-year-old boy.”

We didn’t have many issues until Kindergarten. This was the worst year. He should have loved his introduction to school, but he didn’t, and neither did I. His constant energy was always getting him into trouble. The school’s response to his struggles was so hurtful, to him and me. I was constantly beating myself up, “what am I doing wrong?”  He felt horrible and quickly grew to hate school. 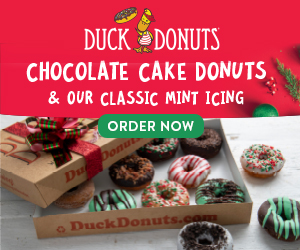 The next year in First Grade he had his moments, but he had a great teacher who was supportive and understanding. She wanted him to succeed and it showed through Mason’s attitude about school. But even with a great teacher, we still weren’t all happy with the situation. Between the negative conversations, and the many tears, trying to figure out how to help him focus, stay on task, just being good at school, I researched relentlessly.

ADD/ADHD kept popping up in the results. ADD, or attention deficit disorder is such a common term in our society. It is on the rise but is that something from our environment, or because we are more aware of it? (Perhaps, a discussion for another time.) A quick Google search will tell you it is a disorder with characteristics of inattention, impulsivity, and hyperactivity. Mason struggled with all of these.

My nervousness and anxiety-prone mind started to run wild. Had I done something as a parent to cause him to act out? I put off the evaluation, what if it wasn’t ADD, what if it something I couldn’t handle?  I was worried that he would be put on dangerous medication. The interwebs will tell you medication is scary, dangerous, it will ruin your child. My nervous mind kept coming back to that. Is the medication dangerous? Before the evaluation, we tried the natural route. Essential oil blends to help him focus. Rubbing them on his feet before school, the base of his neck for the start of the day. These worked, but only for so long.

I finally decided to have him evaluated at the end of first grade. After much research, I picked a doctor and when I met with him first, he wanted to get an idea of my concerns and our home life. He had follow-up appointments with just Mason. During the appointments, I could hear Mason bouncing off the walls. At the end of the first appointment, the doctor asked to speak to me, I remember him saying with a smile, “Wow, he has energy!” He didn’t make it seem like a bad thing. Mason loved his visits, he thought they were fun as they played games, all while being evaluated.

Mason was eventually diagnosed with ADD. Although he was diagnosed during the summer, we started medication. He was prescribed a generic form of Ritalin. Guess what, he is still my little boy. He is still as creative, sweet and loving as he has always been. The medication did not “ruin” him. The only negative is that we have to watch his weight and make sure he is eating enough as the medication can suppress his appetite.

With lots of honesty and support of his AMAZING second-grade teacher, my little smarty pants surpassed reading goals and is a rock star in math. Behavior, thanks to limiting that impulsivity with meds, has not been an issue. The staff at the school stops me, “he is a completely different kid this year!”

While I fought it, medication was exactly what my baby needed. Don’t be afraid to respectfully stand up for your child, even if it is just for something like ADD or ADHD. Communicate with your child’s teacher, hear what they are saying, work together to ensure that your baby is getting the best of the educational experience. I did, and we are both happier for it. 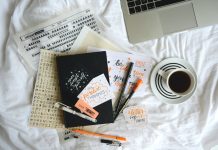 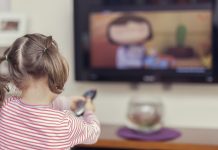 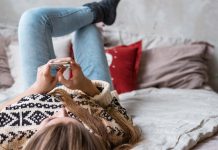 Dad’s Weekend At Deer Camp: Confessions of a Hunting Wife

Katie Goncalves - December 3, 2020 0
It's time to bundle up the kids and set out in search of the Detroit area's best holiday lights! There's something magical about seeing...

Detroit Mom’s Guide to Christmas Tree Farms In + Around Detroit

ABOUT US
Detroit Mom is a locally-focused parenting resource for moms and families. Passionate about parenting and our community, Detroit Mom strives to connect area moms to relevant resources, local businesses, can’t-miss happenings, and most of all — each other!
FOLLOW US
Detroit Mom © - 2020
Sister Site at City Mom Collective
Change Location
To find awesome listings near you!