Facebook
Twitter
Pinterest
ReddIt
Email
Everybody says, “you’re their parent, not their friend.” Of course this is true most of the time– but if my tweenie-bopper and I are going to be stuck at home together for three to four weeks, we do need to be friends. The best successes I’ve had connecting with my girl are the times when I’ve loosened up, gotten on her level, and just simply invested a good chunk of time focusing on her. I’ve dreamt up 10 ways to really go there and become BFFs with your tween while school’s out.

Watch a series together.

Did you know The Babysitter’s Club series is coming to Netflix? There’s no release date set yet, but I can’t wait to share this with my daughter. There are plenty of shows currently available that will be sure to create some bonding moments: Cheer, Stranger Things, Greenhouse Academy, or throw it back with Gilmore Girls or Gossip Girl. Miss Americana isn’t a series, but we are definitely going to watch that together, too. (Obviously, you have to make the call on what’s appropriate for your own child.) Now’s as good of a time as any to learn about Netflix cheating to ensure you catch every second together. 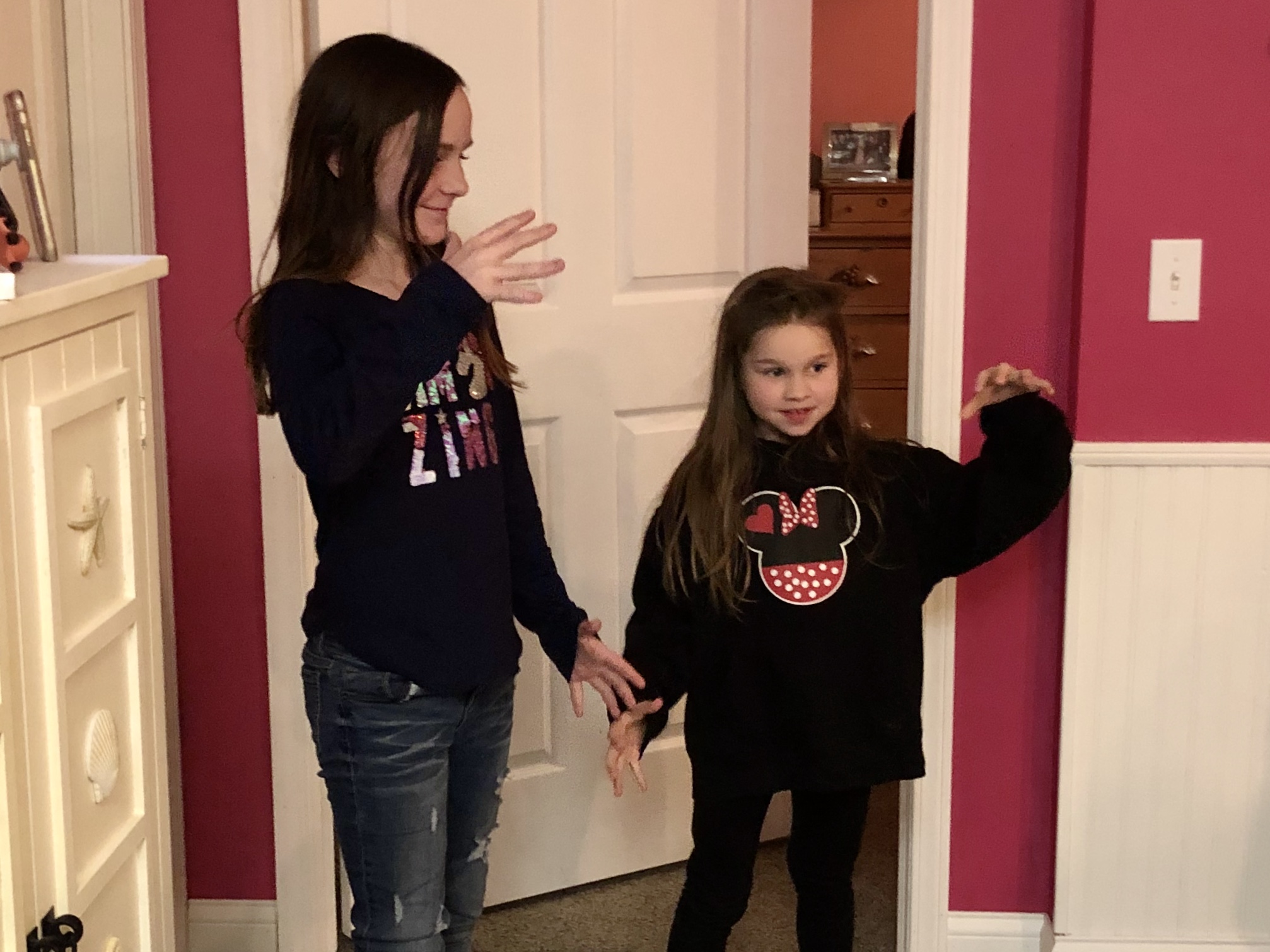 When my friends and I were about my daughter’s age, we made up a dance to “Don’t Tell Mama” from Cabaret (yes, I still remember all the words). I am not coordinated, nor am I graceful. I’m pretty sure my friends actually kicked me out of the routine because I was so bad. But, I think that’s what makes this such a fun activity. We can just be goofy and laugh about my two left feet, and my daughter can feel good about being better at something than me. Maybe we can select one from this list.

Do a hair tutorial.

I don’t know about you, but I’ve never had the patience or guts to really dive into a hair tutorial. My daughter is finally getting old enough that I know she has the stamina to sit still and deal with a bunch of tugging and pulling. Cosmo has a list of 17 Easy Braids for Beginners that starts with the French, which I don’t know how to do, so I’m starting there! 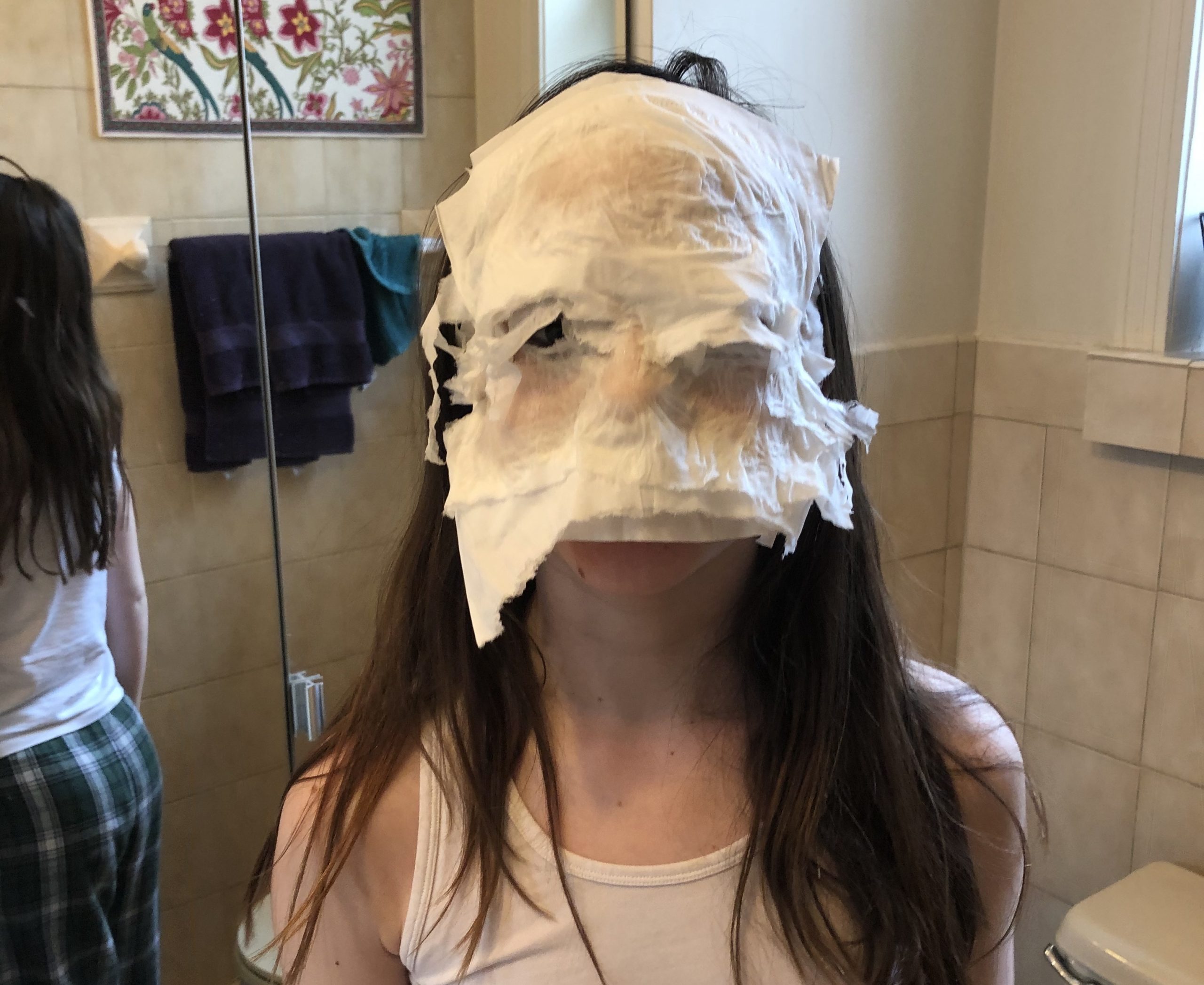 Last week, my daughter begged me to let her try out a face mask that one of her friends told her about. It sounded simple enough, so I helped her get it ready…all it was was egg whites that she brushed onto her face and said she was supposed to layer with tissues. The above photo is the hilarious outcome. It didn’t work out so great. I’m thinking we will try one of these easy, homemade recipes from Elle, several with simple kitchen staple ingredients.

Pull out your old yearbooks.

I can’t recall the last time I pulled out my old yearbooks, but I do know my daughter has never seen them. She’s going to get a real kick out of my Jennifer Aniston haircut circa 1995 and the fact that I got named “Most Likely to be the Next Editor of the National Enquirer” during my senior year. From the inscriptions written by my friends to the activities I was involved in, this is sure to bring many topics of conversation.

Write a silly poem or story together.

Do you remember that show Drew Carey had, Whose Line is it Anyway? It’s a simple improv concept. One person starts, the other person adds to it, and you just keep going, building off each other. This can be something that you each work on every day, and it can go on as long as you like. With a poem, the person who starts writes two lines. The next person adds two lines, with the first line rhyming with the last line above. For a story, you can make other rules, like each sentence has to start with the next letter of the alphabet. Have a little fun with this one! 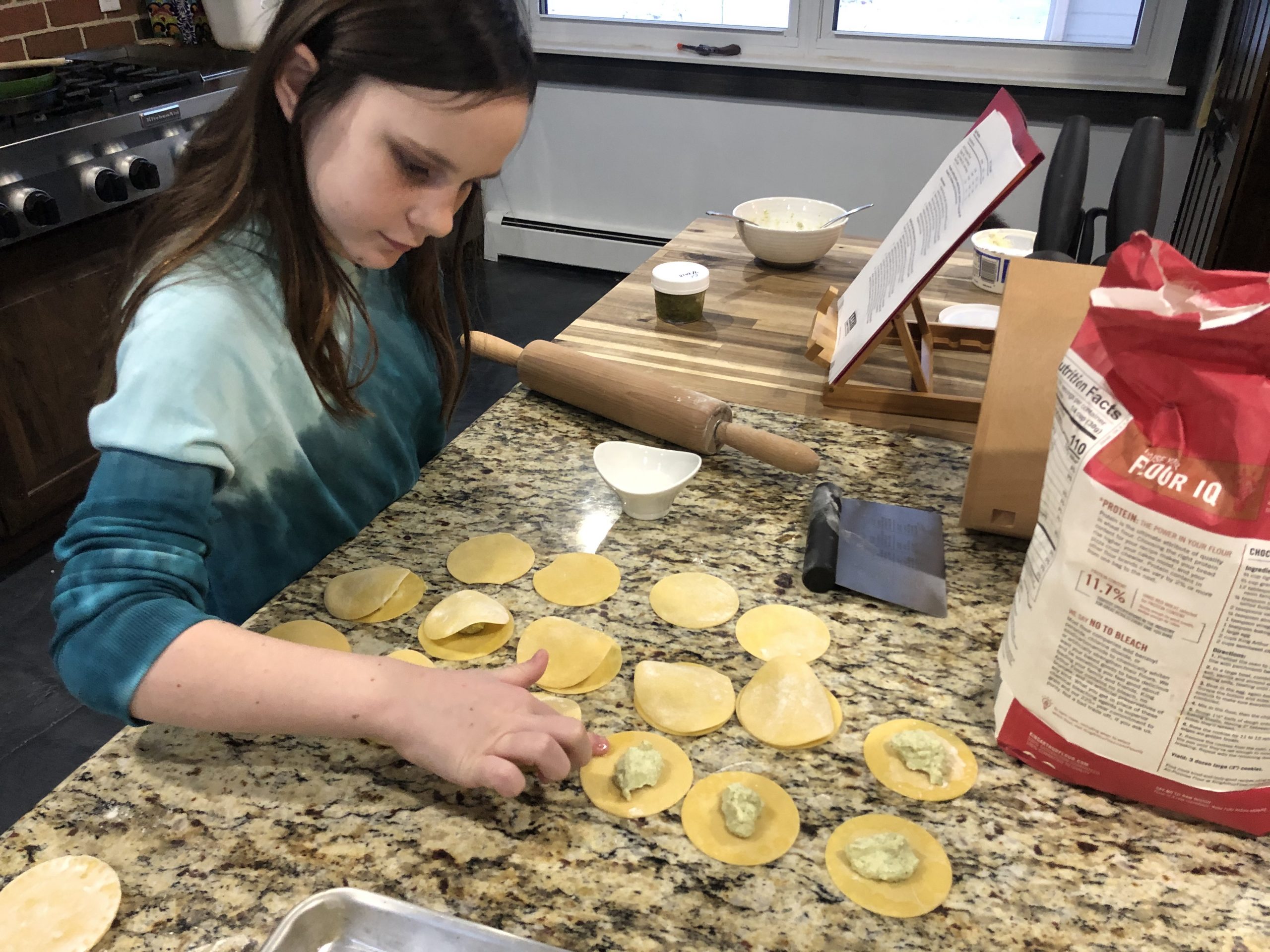 I mean, hi, it’s me. I know I’ve said this before. Cooking together is one of the very best ways to bond with your kids. You’ve got nothing but time…give it a go! Maybe you select a cookbook and choose a few recipes that you want to make together over the weeks ahead, or maybe you just let loose and give her creative control. Let her make a dinner for the family (definitely make sure you’ve got a frozen pizza or something as backup) or get in there with her and teach her the best way to fry bacon or flip an egg. She really might surprise you.

Research a topic and compare notes each evening over dinner.

You know how when you play charades, everyone writes down their ideas and puts them in a bowl, and then each player draws one? Tackle this like that. Start by each writing down some topics…it can be literally anything…from a person, place, or thing, to questions like how are scrunchies made? Each day, draw one from the bowl and research independently. Regroup at dinner and talk about the most interesting thing you learned on the subject or quiz each other. Make sure to keep a good mix of bizarre and educational so you’re at least guaranteed a few chuckles. 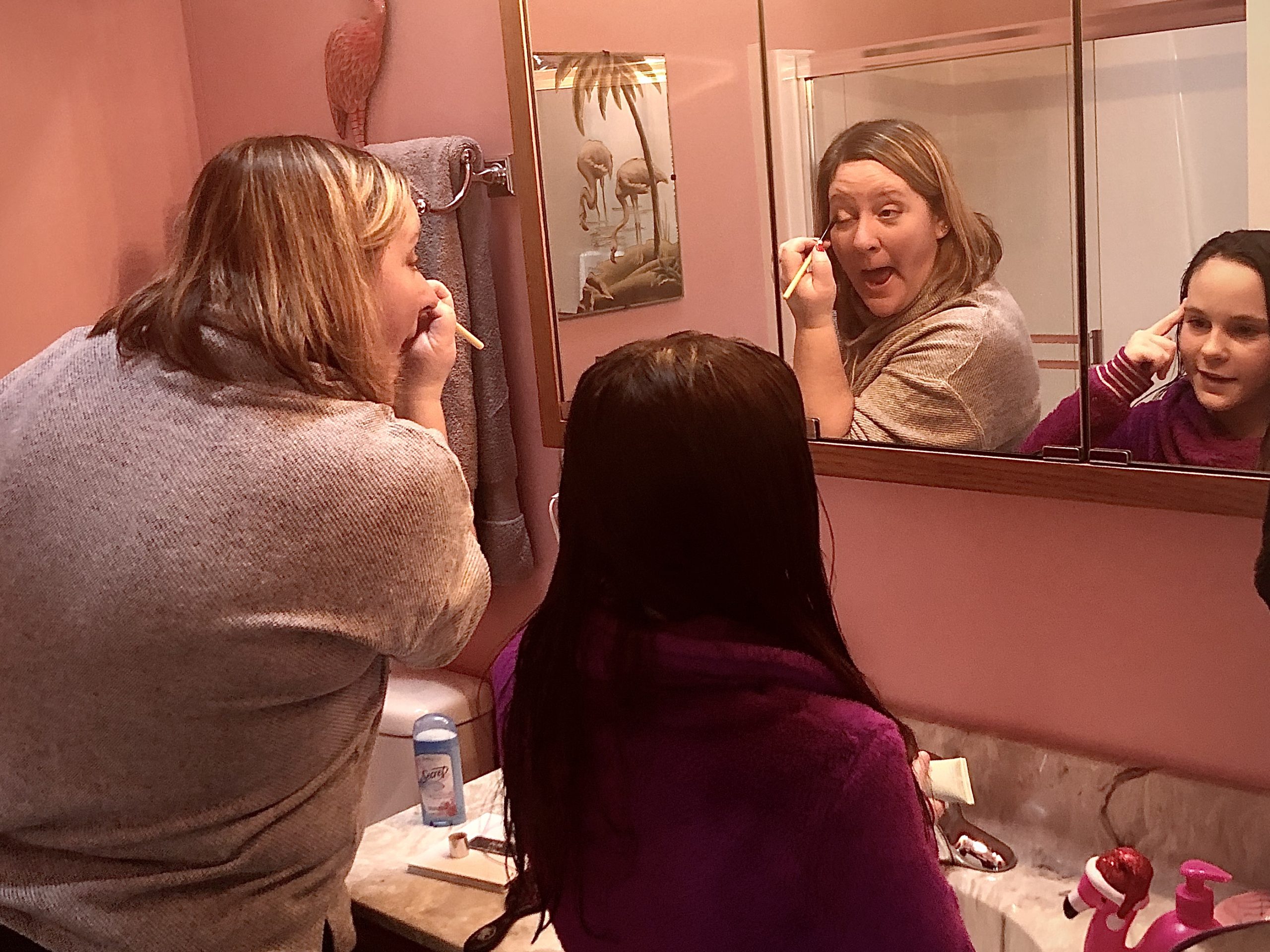 This one is bound to be fun! Dig into your closet. Pull out some old dresses or glittery tops and get old-fashioned gussied up. Go for the works: shoes, jewelry, accessories, hair, and make-up. Heck, I even think I’ll let my daughter do my makeup. I don’t think she’s played dress up for several years. This will put a whole new spin on things. You could even go so far as to carry this into dinner and play “fancy restaurant.”

Plan a pretend trip to anywhere in the world.

For years, my daughter wanted us to plan a trip to Mako Island so she could try to get a glimpse of the Mako Mermaids. As she got older, she realized it was fictional, but still wanted to go to Australia. So, let’s plan that trip! Detail it out just like you were really going to go: price out airline tickets, figure out where you’re going to stay and how much it costs, plan excursions, etc. My cousin originally told me about this one, and I think it’s worth a try.

It’s time to make the most out of our time at home together. How you remember this time is entirely up to you, so I say make the happy memories made at home outweigh the scary memories of what’s going on in the outside world. Set aside some time each day to really try and become BFFs with your tween while school’s out. There’s nothing to lose and everything to gain.

Do you have some more unique ideas for connecting with tweens or kids of any age? Share them with us in the comments! 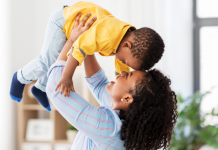 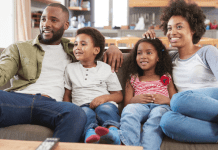