I have a big nose.

In our house, big noses are a way of life, and something we joke about quite often. 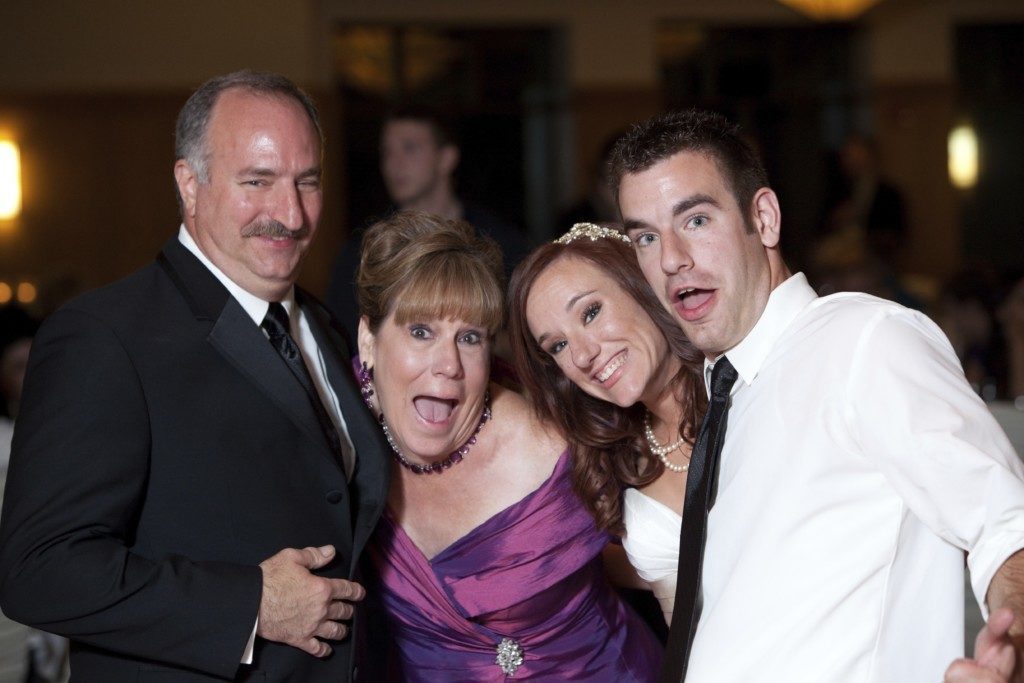 My nose wasn’t always so funny to me though. I struggled with my looks a lot in my teens, specifically with acne. During my senior year of high school, after many failed attempts with other dermatologists, I started seeing a plastic surgeon who was doing experimental acne treatments. Over the course of the year, she was able to greatly improve my skin. During a check-up once, she even commented on how much better I was looking. As she gently applied moisturizer to my face, she stopped to pat my nose.

“Once we fix this, you’ll really be beautiful.”

It was in that moment that I began to feel as if I would never be able to find myself attractive unless I fixed it. I spent hundreds of dollars at the hair salon or on fancy make-up, and still, l couldn’t shake the way my nose made me feel. It was almost as if every insecurity I had in life was settled right in the middle of my face.

Despite my feelings about my looks, I managed to survive my teen years. In my early 20s, I met a great guy who loved me on the inside and out. We got married and started a family with our firstborn– a little boy. There’s something about a baby that brings about so much promise for the future. Every family member loves to comment on the opportunities that lie ahead of a new little life. Could he be an engineer like his dad? More artistic like his Mom? Surely success awaits him, they think, as they hold him, swaddled in their arms.

A few years after welcoming our son, we found out we were pregnant again. This time with a little girl. But something felt different this time around. Sure, there was much of the same talk as with our son. What will she be when she grows up? What will she do to change this world in her own way? In addition to that though was the the conversation that surrounded her beauty and appearance.

“Oh no! What if your daughter gets your nose?!,” some joked. A “joke” that weighed heavily on my mind.

The idea of her needing to meet the social standards of beauty, even at a young age, was something having a son first did not prepare me for. As a parent, you will put so much effort into protecting your children from harm in all forms. You can fill your outlets with covers and mount your furniture, but how can you protect them from the same struggles you had as a child? The emotional pain of feeling inadequate, unpopular, or just plain-not pretty?

In a digital age where most people, teenagers especially, spend the majority of their lives online, it can be a struggle to filter out the truth from “reality.” When you have apps at your fingertips to remove blemishes or shrink your waist, how do you lay the groundwork to support self-confidence through their youth and even later into adulthood? While my daughter is only one and a far cry from swiping left or posting selfies for likes, it’s still a question in the back of my mind.

When I look back to my own experiences growing up, my struggles to be “pretty” or “popular” come up quite often. As a teen, I had trouble styling my hair, I used to cake on foundation, and I waited just a little bit too long to start waxing my eyebrows. I suppose you could say high school was not my moment. While I may not have gained popularity in an environment where being perfectly tan or having the most ‘Abercrombie and Fitch’ graphic tees meant something, I did gain confidence in myself. 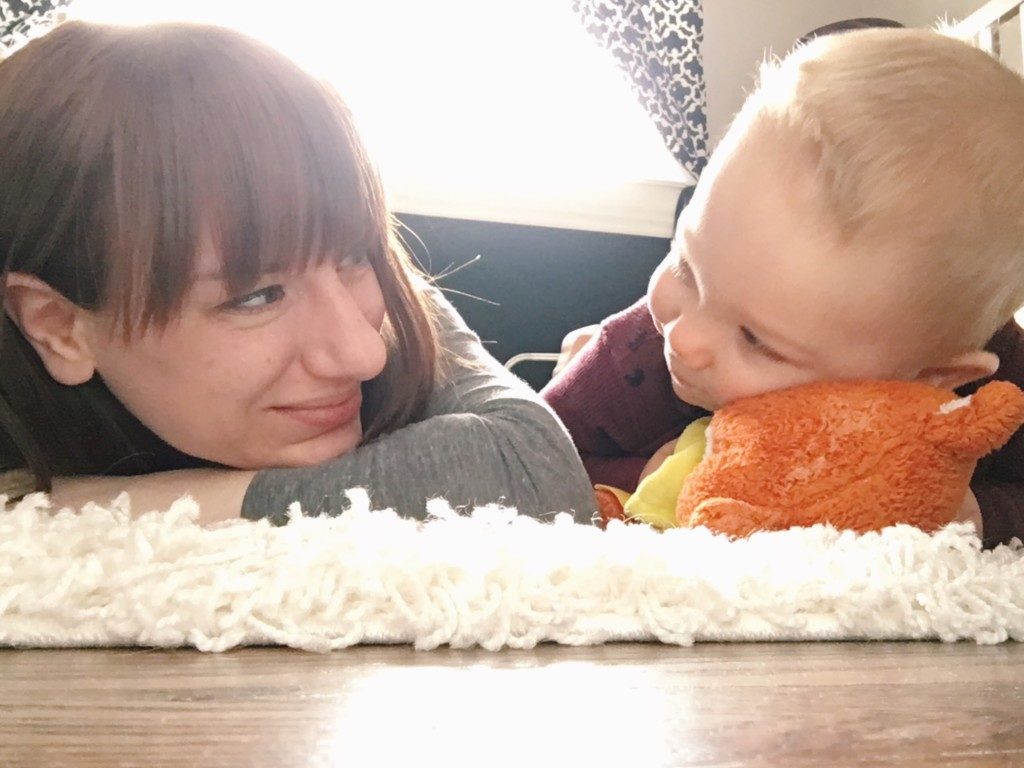 As awful as it sounds, I always like to say that nothing builds self-esteem more than feeling discouraged. When you’re feeling down and out about something, you lean on your strengths to carry on. In a lot of ways I’m happy to not have had “beauty” to use a crutch in high school. With it, I may have never embraced my true sense of humor or discovered the beauty of not “sweating the small stuff.” All of my past experiences, both good and bad, make up every part of the woman I’ve become, and I honestly wouldn’t change a thing.

It may go against everything a parent wishes, but I hope my daughter’s road through life is a little bumpy. I hope she faces challenges I can’t always protect her from. I hope she learns to love herself before she’s compelled to find the love of others. I hope she grows up knowing that being “pleasing” isn’t as important as being strong. And that it’s okay to push back and be ugly because sometimes it takes being “ugly” to be taken seriously. Though, what I hope for most of all is that she refuses to put too much of her self-worth into her outward appearance because when one does, they risk spending their whole life searching for validation of their beauty. 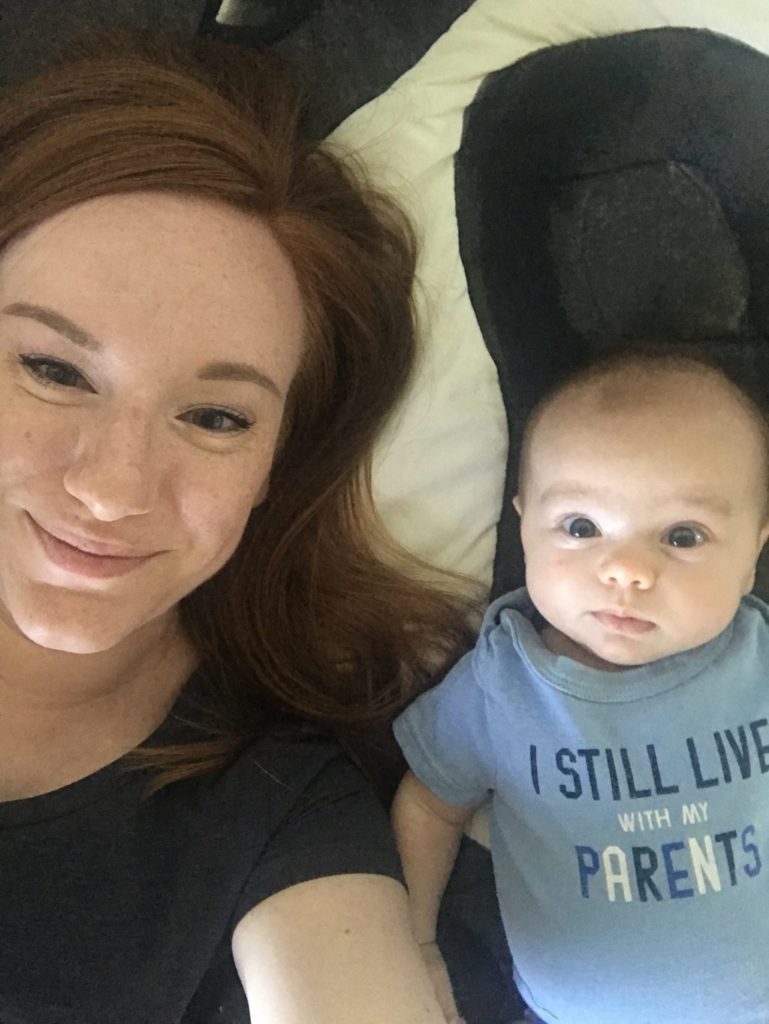 As an adult, I like to think I’ve spent the last 32 years continuing to grow into a more confident person. My skin eventually cleared, I mastered the art of the curling iron, and switched to powder foundation. All that aside, it would be unfair to say I don’t still have insecurities that creep in on occasion, especially as I notice the early signs of aging.

I never did get the nose job I yearned for so deeply, though; I learned to love myself without it.