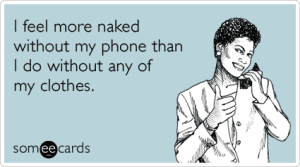 I don’t know about you but I’m not sure I could succeed as a mother without technology. The convenience, the instant gratification, having the world at your fingertips. How else would you be able to snag the last Lilly Pulitzer dress Target has in its warehouse without your iPhone? Sure, our mothers did it before us, and theirs before them; but have you ever thought about what life with a baby would be like without the rectangle that’s permanently glued to your hand?

It’s 3AM and you’re nursing the baby. You can’t turn on the TV because you’ll wake your husband. You can’t read a book because you’ll fall asleep. What can you do that won’t even disturb the dog sleeping at the foot of the bed? Pull out your phone to Facebook creep on your college acquaintance’s wedding album, shop the Anniversary Sale at Nordstrom before your friends are even awake to see what made the cut; or, if you’re looking to be more productive than normal, start clipping your mPerks for your 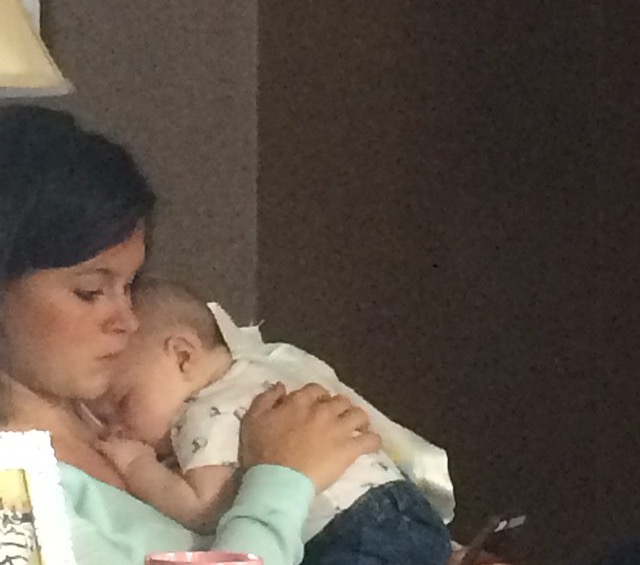 Meijer trip in the morning. My cell phone and iPad have saved my life (a little dramatic, sure) so many times during nighttime feedings and even those before naptime. Feeding your baby (breast or bottle) is a daunting task for the first few months as you’re both getting the hang of it. I embrace that unlimited data plan and use it to its full potential. By 4AM I’ve likely learned something new, found an outfit (or six) for baby’s upcoming photoshoot, and/or have baby’s first birthday planned on Pinterest.

There’s also nothing more stressful than waiting in line to check out at the grocery store behind the coupon queen when your kid decides he’s had enough. The sweat starts pouring down your face and back and you can feel people staring at you from every line in the store. Instead of grabbing at the candy that is at that oh-so-perfect height for his eyes, have you reached for your phone to see if there’s a video he can watch to occupy the rest of your shopping trip? I have. My son is obsessed with watching videos of himself, and while I promise to myself (and you right now), that I will NEVER let my kid(s) sit at a dinner table with their heads shoved in their electronics, I will pull out my phone in an emergency situation to help calm the chaos.

The pediatrician’s office doesn’t open until 8AM but that doesn’t mean you won’t be able to self-diagnose your son’s latest ailment. Google and WebMD are two of the best websites to ever be invented; there is an infinite amount of searches possible. I’m honestly not sure what my mom did when my brother or I had symptoms of whatever illness before WebMD came along to save the world.

And while technology is a savior for many moms out there, I’d be remised to mention its pitfalls… like battery life. I mean, c’mon, Apple. You’re charging me $200+ (every two years) for a battery that only lasts a few YouTube videos, a couple hours of iMessaging, and a FaceTime or two? I think they need to bring in a group of moms for their iPhone 7 focus group and listen to our wants and needs.

Technology also takes the personal communication out of an experience. As noted above, I’ve decided that our family will go dark during dinner, meaning, our cell phones & iPads will be put away and the TV will be shut off. I’ve missed out on too many discussions about how my husband’s day was because my face was buried in my Facebook newsfeed. This is a constant struggle but sometimes you need to find the strength in the struggle and learn to enjoy it.

So there it is. It’s true. I’m addicted to technology and I challenge anyone that says they’re not, too.